The 2016 Young Builder of the Year was awarded to David Moyle, Ballarat Construction Management.

David Moyle completed his apprenticeship as a carpenter in 2005. In the same year, he established his own company known as Ballarat Construction Management (BCM), of which he is the Managing Director. Since establishing BCM, David Moyle has held several honorary positions in Master Builders’ Ballarat Region including President from 2013 to 2015 and Chairman for Master Builders’ Country Sector in 2014. He is currently a member of Master Builders’ Board of Management. David’s firm has been awarded several Master Builders regional Excellence Awards. The firm’s new headquarters in Ballarat, designed and constructed by David and his team, has also won several Excellence in Construction Awards. He is responsible for many domestic construction projects including the recently completed $1.5M luxurious multi-unit development in Hepburn known as “Clifftop”. David Moyle is a highly competent, technically astute and a well organised Master Builder who enjoys the challenges of technically complex buildings. He carries out his duties in a professional, skilled, orderly and businesslike manner. He is to be commended for earning this award.

Master Builders congratulates and thanks all entrants in this year’s 2016 Excellence in Housing Awards and looks forward to your continued support of this program. 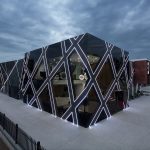 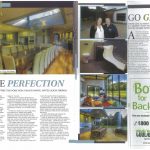